Malaria, a mosquito-borne disease, killed more than 620,000 people worldwide in 2020. Jeopardizing the survival of Plasmodium falciparum, the malaria parasite, is one way to control the spread of this deadly disease.

A team led by an infectious disease expert at the University of California, Riverside, has now identified two proteins that are key to P. falciparum’s survival. The discovery, reported today in Nature Communications, suggests these proteins — RAP01 and RAP21 — could be potential targets for novel antimalarial and antiparasitic strategies.

“Understanding the exact function of this pair of proteins could lead to the discovery of new therapeutic strategies to fight malaria,” said Karine Le Roch, a professor of molecular, cell and systems biology, who led the research. “Using advanced genome editing technology, we were able to show that these two proteins are intimately linked to P. falciparum’s mitochondria, the cells’ powerhouses. Without these proteins, the mitochondria cannot ensure the parasite’s function and it dies.”

The pair of proteins belong to the “RNA-binding domain abundant in Apicomplexans,” or RAP, protein family, which has been identified in several organisms. Their main biological function has eluded scientists. Despite their potential as novel therapeutic targets, they remain poorly characterized.

“RAP01 and RAP21 may be instrumental in bringing all the fragmented ribosomal RNAs together,” said Le Roch, who directs the UCR Center for Infectious Disease and Vector Research. “These RNAs are essential for protein translation in the mitochondria. If drugs can be developed to knock down RAP01 and RAP21, the whole process would be interrupted, leading to the parasite’s death. Such drugs are unlikely to affect human mitochondria because they differ vastly from mitochondria of Apicomplexan parasites.”

The research was supported by a grant to Le Roch from the National Institutes of Health.

The research paper is titled “Functional genomics of RAP proteins and their role in mitoribosome regulation in Plasmodium falciparum.”

The RAP (RNA-binding domain abundant in Apicomplexans) protein family has been identified in various organisms. Despite expansion of this protein family in apicomplexan parasites, their main biological functions remain unknown. In this study, we use inducible knockdown studies in the human malaria parasite, Plasmodium falciparum, to show that two RAP proteins, PF3D7_0105200 (PfRAP01) and PF3D7_1470600 (PfRAP21), are essential for parasite survival and localize to the mitochondrion. Using transcriptomics, metabolomics, and proteomics profiling experiments, we further demonstrate that these RAP proteins are involved in mitochondrial RNA metabolism. Using high-throughput sequencing of RNA isolated by crosslinking immunoprecipitation (eCLIP-seq), we validate that PfRAP01 and PfRAP21 are true RNA-binding proteins and interact specifically with mitochondrial rRNAs. Finally, mitochondrial enrichment experiments followed by deep sequencing of small RNAs demonstrate that PfRAP21 controls mitochondrial rRNA expression. Collectively, our results establish the role of these RAP proteins in mitoribosome activity and contribute to further understanding this protein family in malaria parasites. 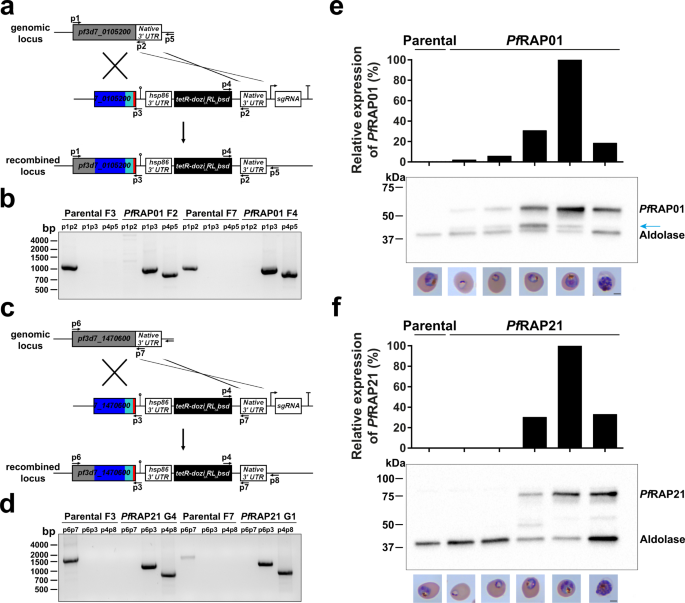 メンタルヘルスとADHDの関連性は強いのに、なぜ私たちは注意を払わないのでしょうか?(The link between mental health and ADHD is strong – so why aren’t we paying attention?)